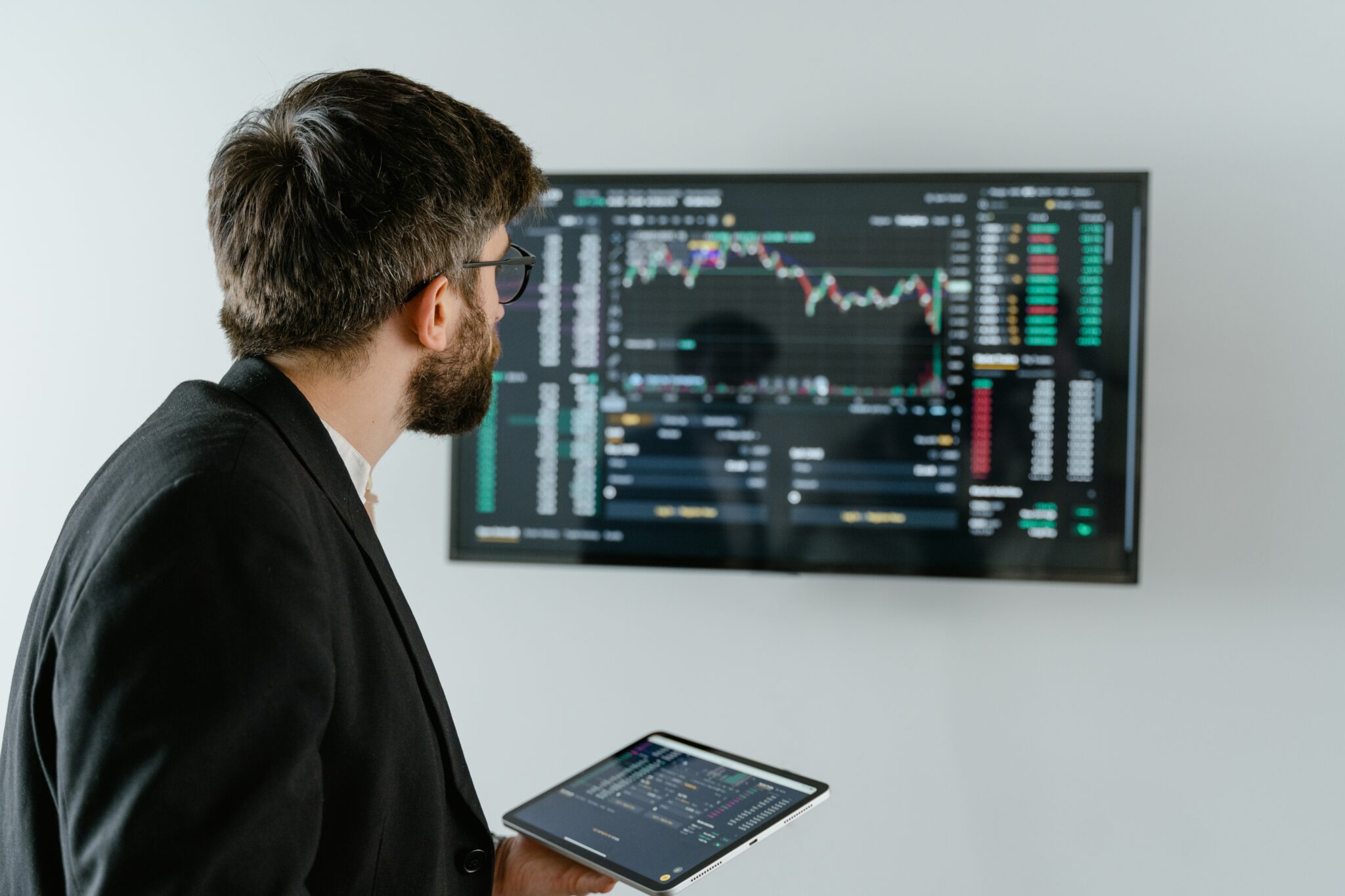 What Are Wind/Renewable Energy Stocks? Is Now the Right Time to Invest?

Wind energy is extensively produced in various countries, including China, the United States, Germany, India, the United Kingdom, France, and Brazil. The global wind energy market was projected to grow from $62.1 billion in 2019 to $127.2 billion in 2027.

Investors are showing interest in wind energy stocks for the following reasons:

Onshore wind is expected to become a cheaper source of electricity and power than hydroelectric and fossil fuel sources. According to the U.S Energy Information Administration, the unweighted Levelized Cost of Electricity (LCOE) for new onshore wind energy sources entering service in 2026 is $36.93 MPh. Compare this to the unweighted LCOE for hydroelectric sources, which is $55.26 MPh. The key takeaway from this data is that onshore wind is a cost-competitive source of electricity. The cost reduction can be a game-changer for wind projects as it attracts new investments both from the government and private companies.

In November 2021, President Joe Biden signed a $1.2 trillion infrastructure bill into law. This bill enables the government to spend $108 billion on clean energy initiatives. The government would spend $18 billion on renewable projects and advancements in sustainability, including wind, solar, clean hydrogen, and nuclear energy between 2022 and 2026. This government initiative would further push the demand for wind energy and help renewable energy companies reap huge benefits.

Considering the increasing share of wind energy in the total electricity produced across the world, we’ll review the best-performing wind energy stocks to keep on your watchlist!

The Best Wind & Renewable Energy Stocks to Keep an Eye On

Climate change is forcing companies to invest more in renewable energy sources, including wind, solar and hydroelectric. Here are the top five wind and renewable energy stocks that could generate a huge return on investment to retail investors on the stock market. 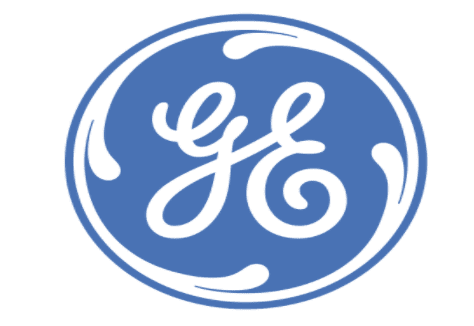 General Electric Co. is a multinational conglomerate headquartered in Boston. With over 120 years of experience in the market, the organization is now focusing on renewable energy sources, including wind, hydro, solar, and emission-reducing natural gas. GE has a diversified product portfolio. Besides the renewable energy business, the organization also deals with aircraft engines, home appliances, consumer finance, and industrial products.

GE is one of the compelling growth stories of the renewable energy sector in the United States. For instance, the organization is positioned to generate over $15 billion in revenue per year from the renewable energy business. With 40,000 employees onboard, GE Renewable Energy has installed over 400+ gigawatts of clean energy sources across the world. It is also playing a huge role in repowering onshore and offshore wind farms in the United States.

GE may make it into the renewable energy stock portfolio for:

NextEra has been investing hugely in capital projects to enhance its renewable energy generation capacities. For instance, it has invested more than $14 billion in 2020 and expects to invest another $44 billion through 2025 on clean energy infrastructure. The stock looks highly promising because of its battery storage projects. The organization is estimated to increase its battery storage capacity to 2.8 gigawatts from the current 180 megawatts of energy storage systems in operation.

Investors may keep NextEra on their watchlist of energy stocks for:

Vestas Wind System is a global leader in developing and deploying sustainable energy solutions. The organization deployed 1.45-gigawatt capacities of wind turbines in 85 countries across the world. With over 40 years of industry experience and 29,000 employees onboard, Vestas is positioned to become the first company to reach the landmark of 100 gigawatts generation capacity for both installation and service of wind turbines.

The organization has strong liquidity with cash or cash equivalents of €3.03 billion and a free cash flow of €84 million in 2020. Vestas reported revenues of €14.8 billion in 2020, a 22% increase from the last year. 49% of Vestas’ revenues come from America. Europe, the Middle East, and Africa (EMEA) accounted for 36%, whereas the Asia Pacific contributed 15%. Geographical diversification helps the organization to optimize the geopolitical risks.

Investors may want to keep Vestas Wind System on the watchlist for:

Siemens operates in the energy business through Siemens Energy, formed after the spin-off of its Gas and Power division. Valued at €18 billion in 2020, Siemens Energy has a diversified portfolio that comprises steam turbines, generators, wind turbines, power transformers, and power automation products. Siemens is also a leader in building digital energy grids. Its eMobility infrastructure solutions contribute to the growth in electric vehicles and accelerate the trend towards energy-efficient smart buildings.

Siemens has a long history of consistently paying dividends; its 5-year average dividend yield is 3.3%. Though Siemens is not listed on U.S. stock exchanges, investors from the U.S can buy it through an American Depositary Receipt.

Siemens AG can be an ideal stock to be on the portfolio for:

TransAlta Renewables is an electric utility company headquartered in Calgary, Canada. The organization operates over 75 wind, solar, natural gas, hydro, and coal power generating plants in Canada, the United States, and Australia. As of 2020, TransAlta has an aggregate power generation capacity of 8,128 megawatts. Over 37% of the electricity generated by the organization is from renewable sources such as hydro, wind, and solar. Canada contributes 80% to the total power generation capacity of TransAlta.

TransAlta looks to be a highly promising stock because of its continued efforts to produce wind energy with sites in Alberta, Ontario, Quebec, and New Brunswick of Canada.

TransAlta has over 9 operating plants that can produce 1,500 megawatts of energy from various sources, including hydro, wind, and solar in the United States. The organization has been closely collaborating with policymakers, environmentalists, and labor leaders of the United States with the TransAlta Energy Transition Bill, passed in 2011. This bill is expected to help the organization make a smooth transition of the Centralia plant from coal to natural gas by 2025.

TransAlta Renewables would make it on the watchlist of energy stocks for:

Climate change is the biggest concern for the entire world. In line with the sustainability objectives, energy companies have started investing hugely to make a transition to renewable energy sources and alternative energy. Energy companies may offer an opportunity for retail investors to make a good return on investment in the long term. However, they should closely evaluate the strategic initiatives and transition plans of energy companies before deciding whether to invest or not.

The five energy companies listed in this article are leaders in the renewable energy industry; they are committed to making a transition to clean energy within the next few years. Retail investors can also consider investing money in energy-related exchange-traded funds (ETFs) or wind energy ETFs that could help diversify investments and reduce the risk of losing money. Investors may also need to monitor companies such as TPI Composite (NASDAQ: TPIC), AvanGrid Renewables (NYSE: AGR), and Denmark-based Ørsted A/S (CPH: ORSTED) if they are planning to invest money in energy stocks.

Do you want to learn more about energy stocks listed on NYSE and NASDAQ? Subscribe to the newsletter of Wallstnow today!